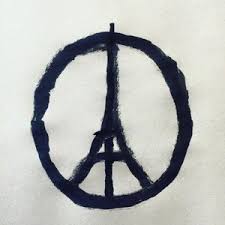 Blessed are those who mourn, for they will be comforted –Jesus Christ

One of the central tenants of the loosely organized movement labeled “black lives matter” is the idea that black lives are not as highly prized as others. It was never, at least in the Christian appropriation of the term, meant to negate the idea that police lives matter. It was never intended to dispute the fact that all lives matter. It is not really a movement so much as an expression of a sentiment or a feeling, the feeling that sometimes black lives and deaths were viewed differently than whites in the United States. It was a call to mourn so that one day that mourning would be far less frequent.

I thought about this as the inevitable comparison was made between the lament over lives of the people slaughtered in Paris, Beirut, and Nigeria. The inequality of attention is not a matter of dispute. It is clear. What comes after the rhetorical points have been scored? How should we pray? 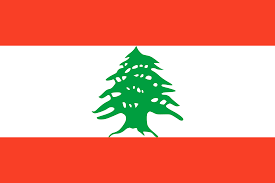 The Christian call to prayer is more than a mere expression of grief. It is an declaration of our pain before the throne of the God who can act to heal and save. We pray for the coming of the kingdom because Jesus’ just rule is the hope for the nations. When our call to prayer is a not so thinly veiled call for advocacy it betrays a hope for the wrong type of kingdom. All governments matter and the laws that expand freedom and opportunity should be the subject of the Christian’s concern, but these concerns are penultimate. When things are at their worst and different cultures look askance at one another, when declarations of war and retribution bloody our thoughts, when the Muslim is described as subhuman, it is the death and resurrection of Jesus that pulls us back from the brink.

When faced with unfathomable evil that runs up to and beyond the limits of human explanation how shall we respond? Those who rally round the cross know that deep evil has been overcome by a more profound love. The light shines in the darkness. The earliest Christians had their share of stories about the cruelty of empire. But they longed to see that empire saved. That remains our great glory! How shall we pray? The way we always have: For the kingdom to come so that God’s will might be done on earth as it is in heaven.

The universal call to prayer is a theological affirmation of the universal reign of God in Christ. This reign extends beyond comfort during tragedy to the creation of the great society recounted time and again in Jesus’ preaching of the kingdom. This kingdom is eschatological and will only come in its fullness in the age to come. But we can preach, pray, and long for at least a foretaste.

For the Christian, the call to pray for Paris is a call for Jesus to be Lord in Paris and if in Paris then also St Andrews and Huntsville and in the hearts and minds of people everywhere. The call to pray is an implicit demand that we actually open up the gospels and discover again the God to whom we pray. If we open those books we will find him, battling against our all too human instincts and telling us to love our enemies, to pray for those who persecute us, to repent and be saved. 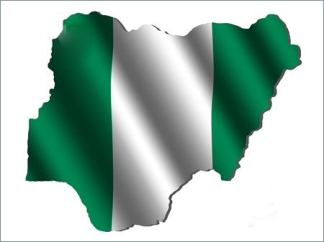 The Christian, then, is not involved in a mourning competition: Beirut over Paris, Blacks lives over White. We are wrapped up in the universal longing for the kingdom. Sometimes this causes our prayers to be focused on particular people whose suffering is acute. Who would dispute that Paris (or black lives or Beirut) should be the subject of special prayer? But we must be careful lest in our very mourning we testify to a limited vision of the kingdom bought at the price of our savior’s blood.

Esau McCaulley is Assistant Professor of New Testament at Wheaton College in Wheaton, IL. His research and writing focuses on Pauline theology and the intersection of race, Christian identity, and the pursuit of social justice. He is also a priest in the Anglican Church in North America where he serves as Provincial Director for Leadership Development, which involves oversight of the recruitment and formation of clergy and lay leaders. He is one of the creators of Call and Response ministries, an organization committed to hosting conferences and creating resources for Black and Multi-Ethnic churches. View more posts

This site uses Akismet to reduce spam. Learn how your comment data is processed.